Creating automated tests is important to be sure your application behaves as it should. The more tests you write, the more use cases are covered. Sometimes it can be hard to know which parts of the application are well tested, and which ones are not. That's why code coverage is interesting. It can be a useful measure to detect potential risk areas in the application (i.e. the most complex methods with the least coverage). Let's see how you can do that easily with .NET Core and Azure DevOps.

First, you need to compute the code coverage when you run the tests. There are multiple solutions, some are free such as coverlet, some are paid such as dotCover. In this post, I'll use coverlet. First, you need to install the NuGet package coverlet.msbuild. This package is integrated directly with dotnet test as we'll see later.

You can test that everything works great by running the command dotnet test /p:CollectCoverage=true. After the test run, a JSON file should be created next to the csproj file. Azure DevOps doesn't support this file, but coverlet can output the result file in many standard formats. So, you can use the cobertura format which is supported by Azure DevOps.

After running the command for each test project, you get one code coverage file per project. These files are not very convenient to read. Let's generate a cool UI using ReportGenerator. This free tool allows you to generate a website to navigate into the files and see the lines covered by the tests. You can install as a .NET global tool:

You now have a website that conveniently displays the code coverage. Note that there are multiple output formats. Here I use HtmlInline_AzurePipelines because at the end we would like to view this web site directly in Azure Pipelines, so it seems to be the best output for that.

Now let's integrate the tests and the code coverage on the build system (Azure Pipeline). Here's the YAML file that describes the build steps:

When you run a build, you now have the code coverage result in the Summary tab of the build: 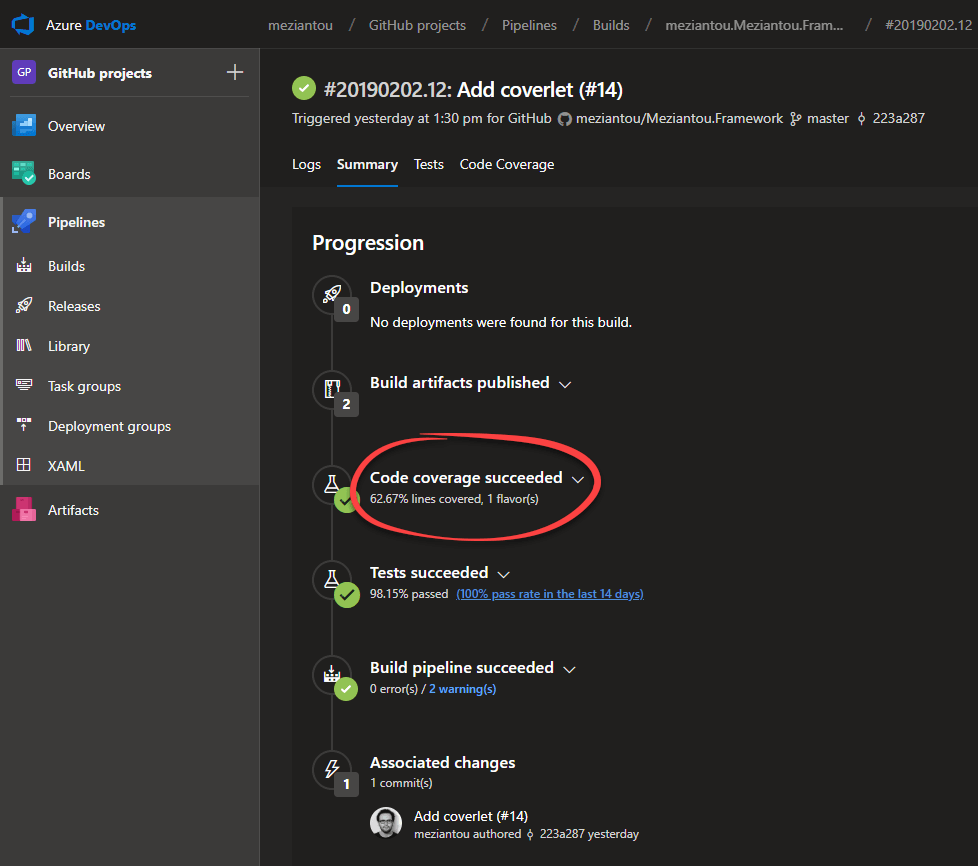 A new tab is also available: "Code Coverage". When you click on it, you'll see the generated web site.

Warning: You must enable Boards for your project to view the Code Coverage page (Documentation) 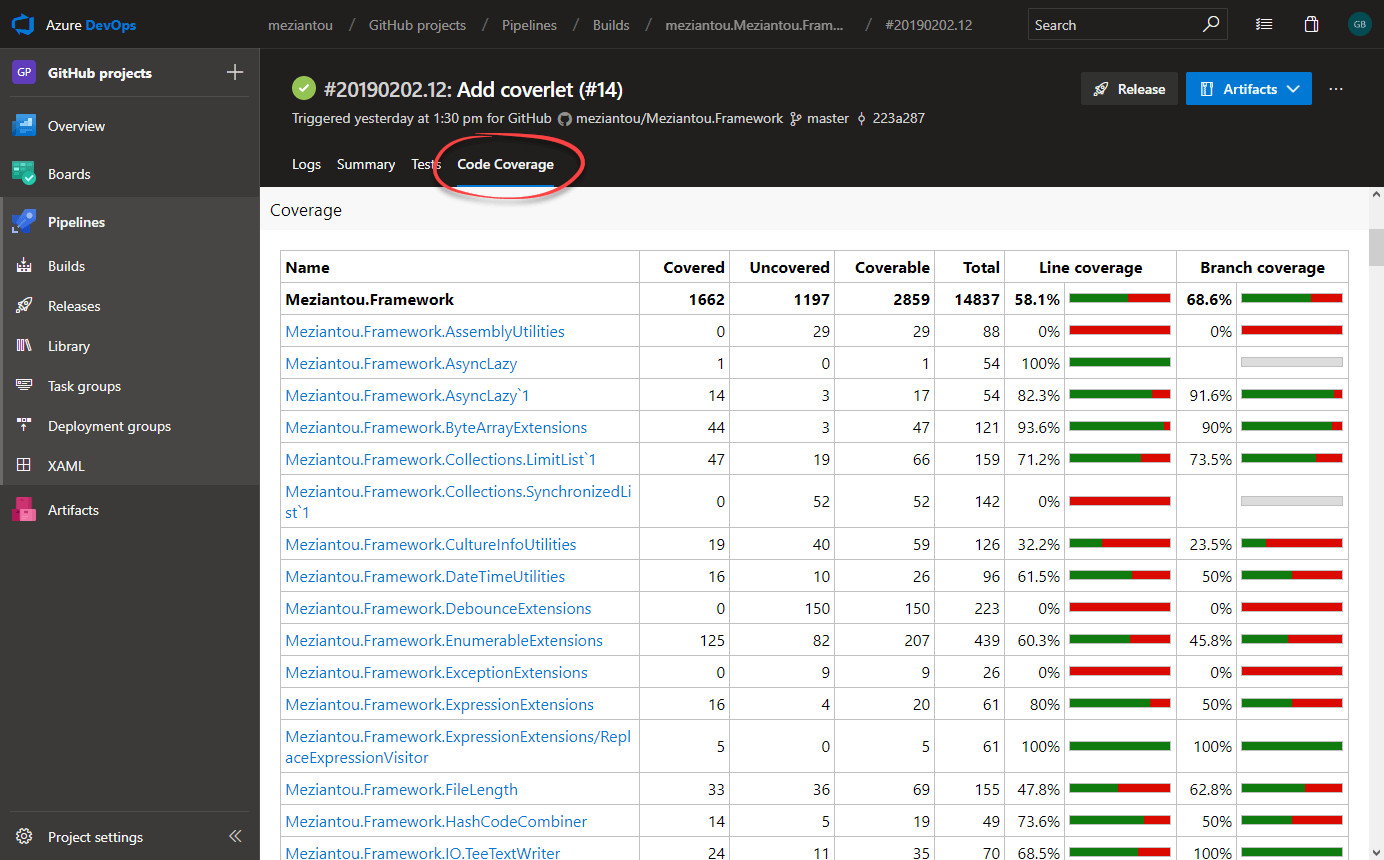 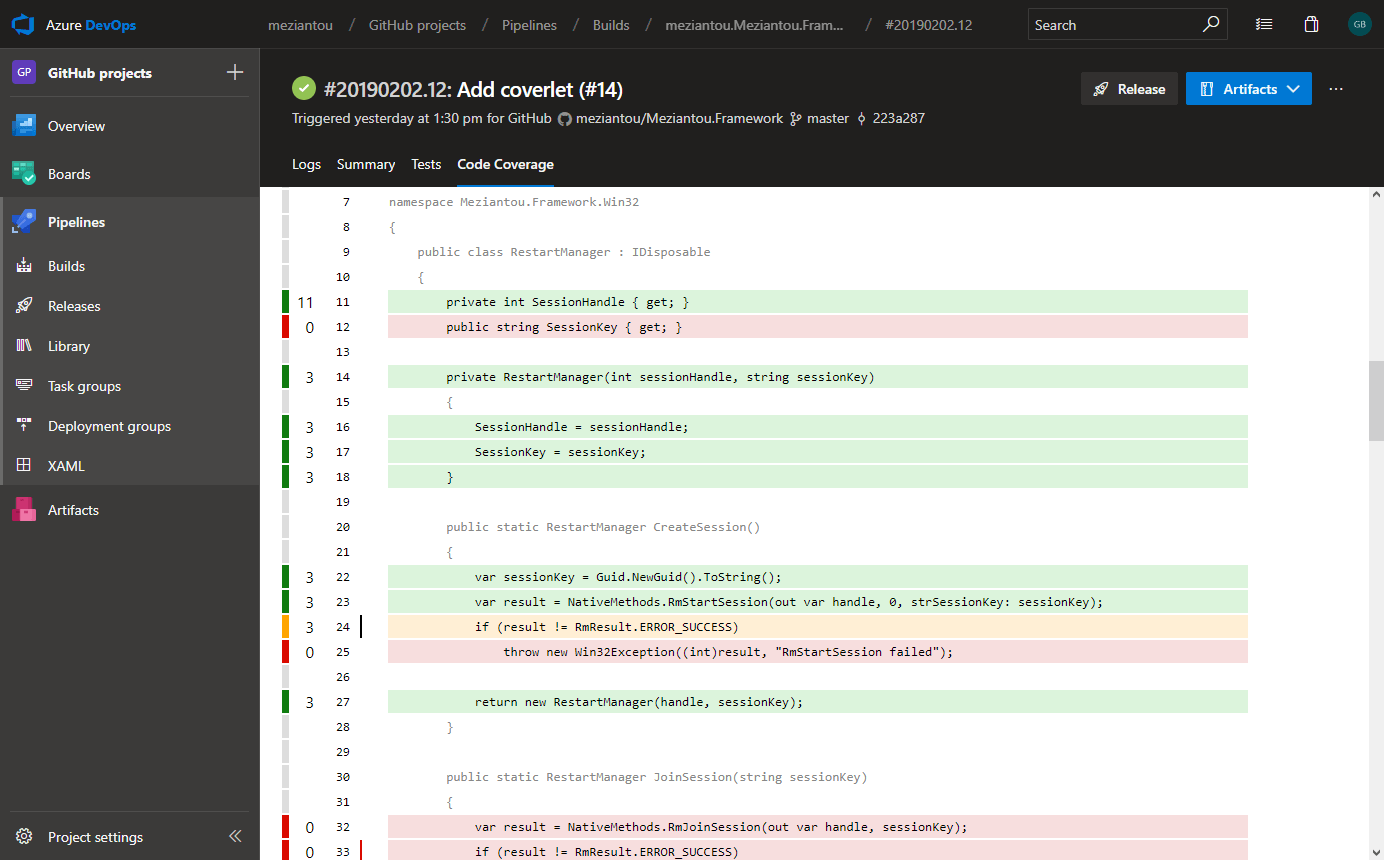 If you want an example of coverlet and Azure DevOps, you can look at one of my GitHub project Meziantou.Framework and its first pipeline with coverlet integrated. You'll also notice that the result is reported on GitHub: 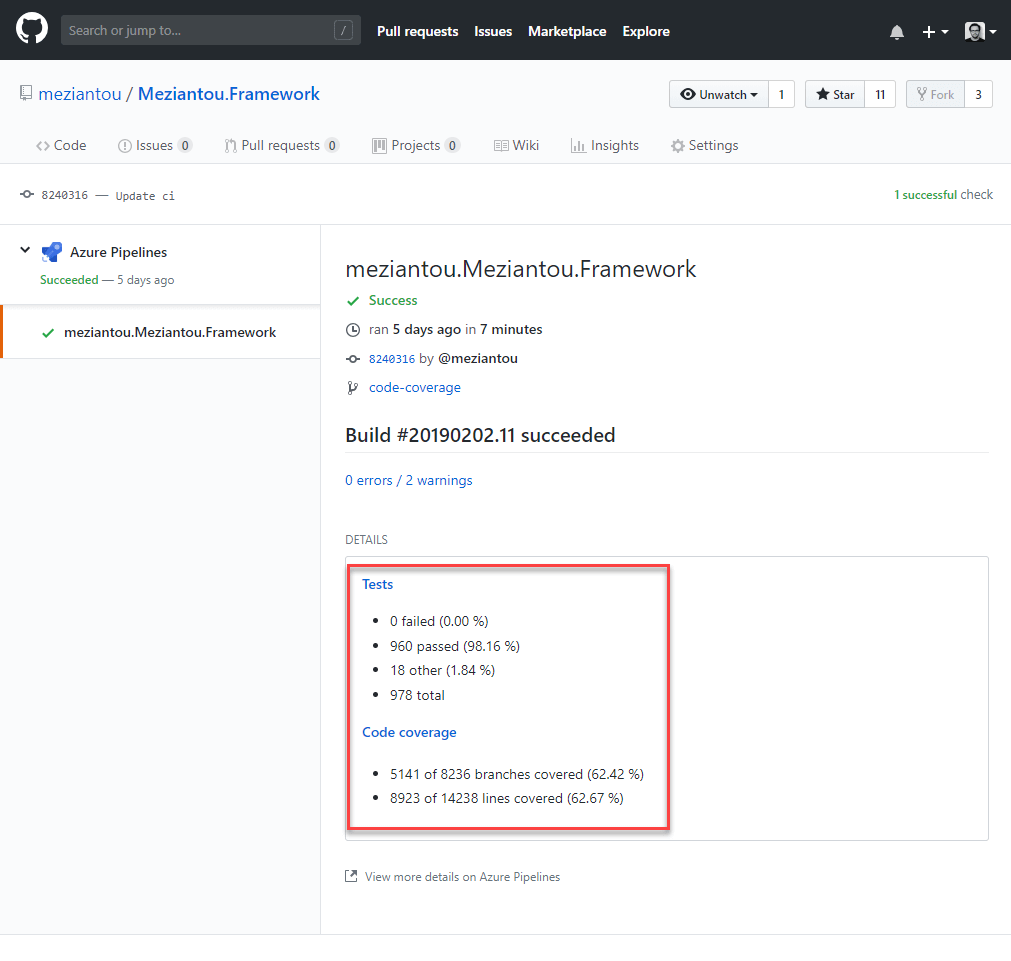 Voilà! Thanks to coverlet and ReportGenerator you can easily get a quick view of the parts of your applications that may need more tests.