Note: Coyote can do much more than detecting deadlocks, but let's keep it simple for this post! 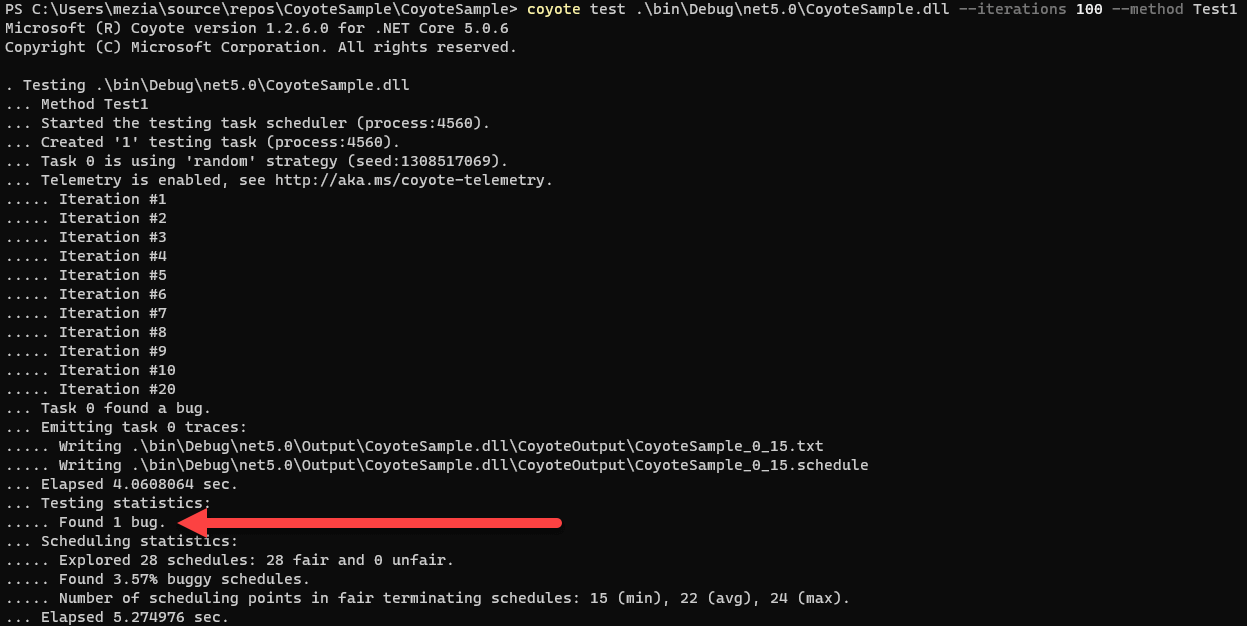 Tip: You can attach a debugger using --break