The more code you write, the more bugs you create. Indeed, this is a known fact that almost all applications are buggy! This means that as a software developer, you must spend a part of your time debugging applications.

There are a few common steps when debugging an application:

I think we should do more than just fixing the specific problem. Here are a few questions you should ask yourself when fixing the bug. If you don't like the answers to these questions, then probably it is time do something about your application or development environment 😉

#Was it easy to get all the information required to reproduce the bug?

You can collect most of the information automatically using a solution such as Application Insights or any competitor. In the case of a desktop application, you may also consider creating a specific form for the user to report a problem. This form allows you to attach additional information to the user report. For example, Visual Studio has a dedicated page to report a problem. This form helps the user to write the problem description and automatically attach screenshots, logs, process dumps, etc. Microsoft Edge is also a great source of inspiration. 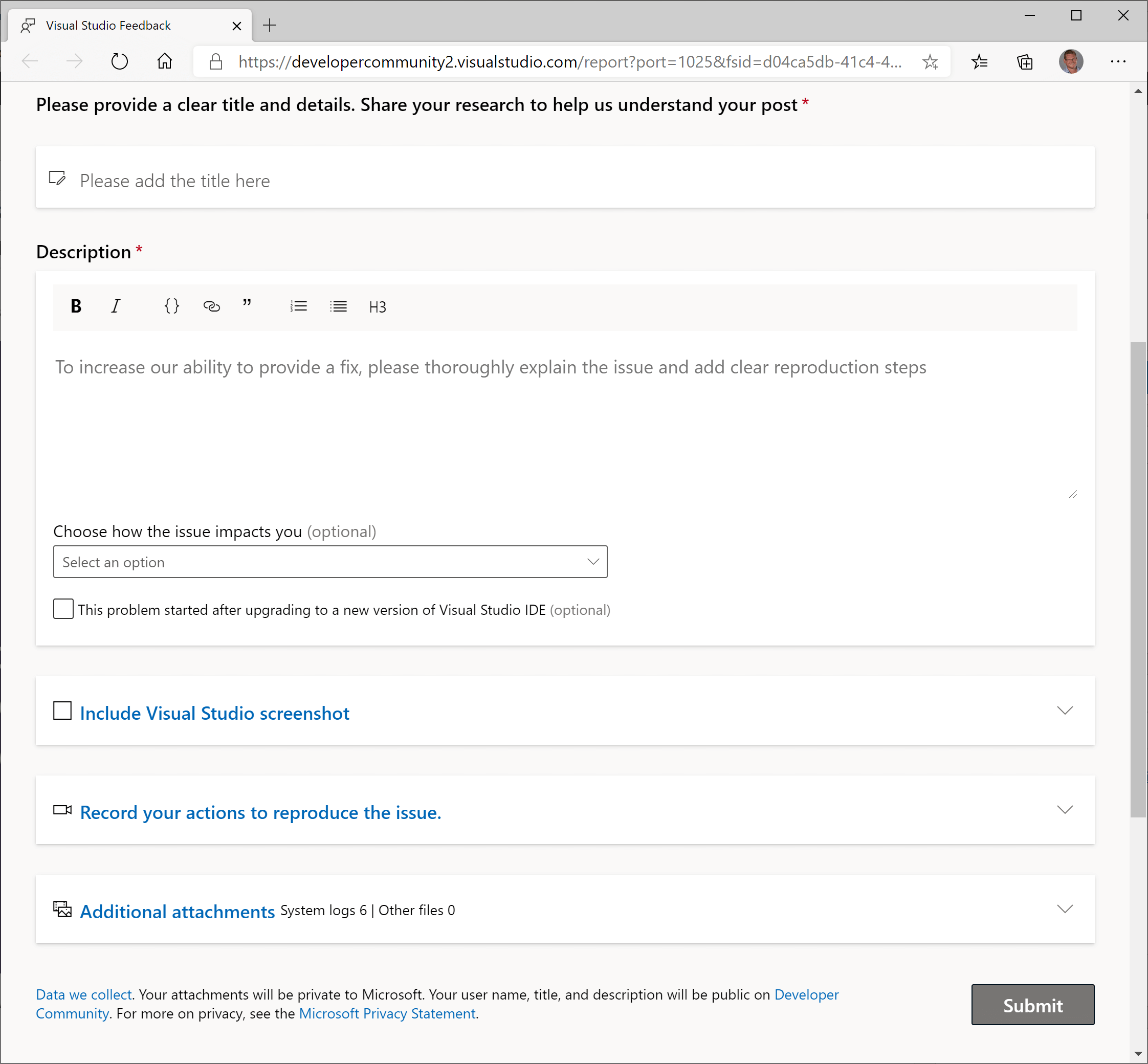 At this stage, you should have a good idea of what the issue is without looking at the code.

#Was it easy to reproduce the issue in a development environment?

It is important to be able to reproduce the error in your development environment. It's what allows you to debug the application and find the bugs.

#Was it easy to work on the codebase?

#Why does the developer introduced this bug in the codebase?

In this step, you must find the reasons why a developer had introduced the bug. Take a step back and analyze the problem.

#How to prevent similar bugs in the codebase?

Solving the reported bug is a good start. Then, you must check if you can prevent developers from introducing similar bugs later in the code. There are multiple strategies depending on the kind of bug you are trying to prevent. Most of them involve using static analysis. Indeed, this is an automated way to detect issues before you push your code to the server. But it can also question your processes (code reviews, pair programming, etc.) or the projet documentation. 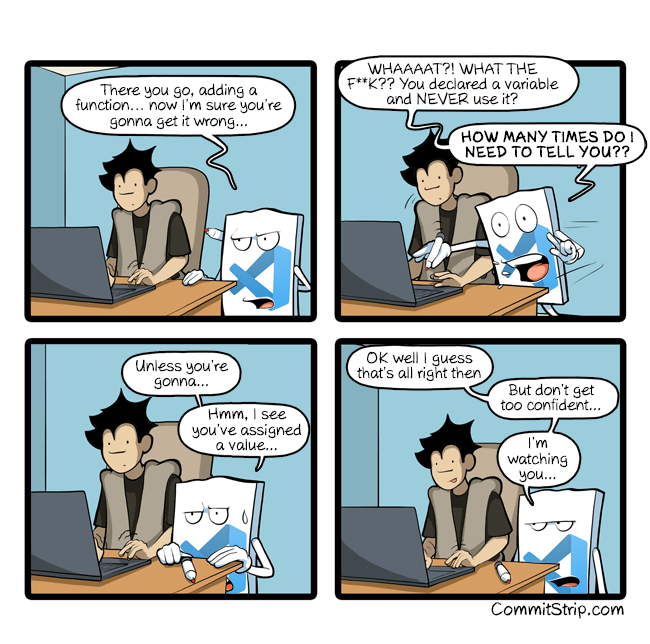 Code reviews can help to detect problems before the code goes to production:

Code review should not be about coding style, use automatic tools for that (linters, dotnet-format, StyleCop).

The compiler should be your friend. A good friend tells you when you are doing something bad. By enabling the strictest compiler options you ensure the compiler doesn't allow code that misbehaves. Also, be sure to enable "Treat Warnings As Errors" at least in Release configuration, so the CI fails when the compiler reports a problem.

The "Strict" feature detects problems such as wrong comparisons or casts to static classes:

Analyzers allow to detect patterns in the code and report them. If possible, you can fix the code automatically. If you detect wrong API usage in your code, you can create an analyzer to report it as soon as the developer writes the problematic code. For example, it's easy to forget to provide the StringComparison argument for string methods. This may lead to wrong comparisons or performance issues. An analyzer can detect these wrong usages and report them

Here are the Roslyn analyzers I use in my projects:

It's common to use an int or Guid to represent an identifier. This means you may have lots of methods with a parameter of this data type in your code.

In the code, you may use an order id instead of a customer id and the other way around. You can use a struct to encapsulate the id concept. This allows to take advantage of the type system to avoid mistakes.

Microsoft also provides an analyzer that helps in avoiding breaking changes. Microsoft.CodeAnalysis.PublicApiAnalyzers generates a file named PublicAPI.Shipped.txt that contains the list of public APIs. If you introduce a new API or remove an existing one, a warning indicates you must update the file. During code reviews, you can validate the public API is ok.

The .NET Framework project has another similar approach. They generate ref files that are valid C# files containing method definitions of public APIs (example). These files are generated during the compilation of the project. As with the analyzer, issues are detectable during code reviews.

In a project, we use a class from one of our internal libraries. A similar type with the same name also exists in the MongoDB library, but with different behavior. Using IntelliSense it's easy to import the wrong namespace and use the unwanted type. This is a very sneaky bug as the code looks good. Here's the fix of an issue we had in this project:

To prevent another developer from using the wrong type again, we added the BannedAPIs analyzer to the project. This allows configuring a list of forbidden types/methods in a project. When a banned symbol is used in the project, the compiler reports a warning and suggests another symbol to use.

You need to add a file named BannedSymbols.txt at the root of the project with the following content (documentation):

We are now sure that nobody uses the wrong type in the project.

Fuzzing or fuzz testing is an automated software testing technique that involves providing invalid, unexpected, or random data as inputs to a computer program

In a project, we have the following interface with many classes that implement it:

It parses many kinds of strings. One of the implementations crashed when parsing unexpected values. After fixing the bug in the problematic implementation, we added a test that ensures every implementation can process special strings.