A common need is to initiate regular treatment, for example, every day at midnight and noon.

To answer this problem, you need to ask yourself more questions than just how to perform the task at the scheduled time:

And surely other issues that I do not think. In short, it's still a lot more than just starting a task at a regular time.

Since we do not like to reinvent the wheel, the first thing to say is that a system used by more than a billion users must provide a way to do something so common. And since Windows is rather well done (much more than we want to say), it provides an answer to this need: the Task Scheduler.

The first problems are treated as we can see: 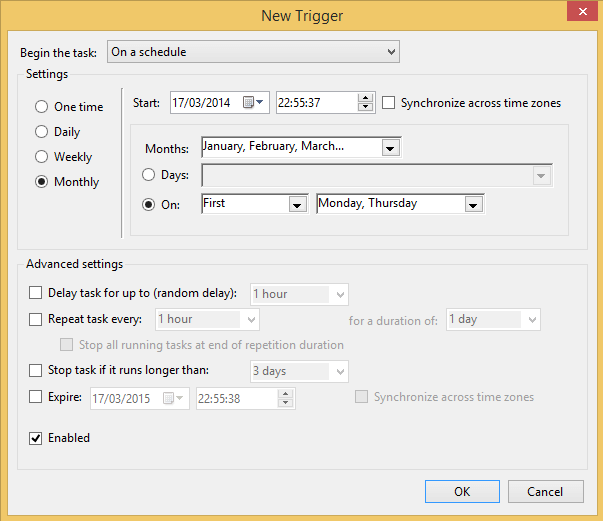 For logging, the Task Scheduler takes care of everything and saves as much information as possible: the beginning of the task, the actions performed and the result thereof, the end of the task, etc. 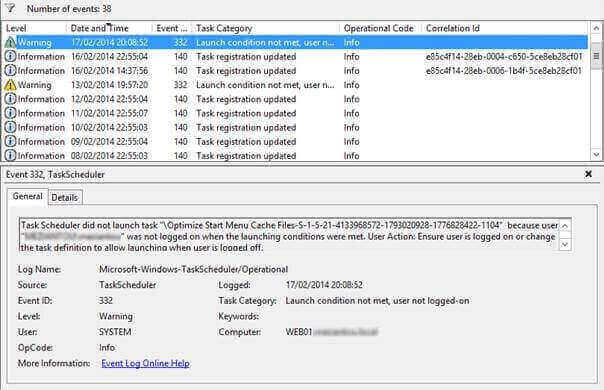 As for user accounts, there as always, it's more complicated.

The simplest is to start the task under the account of the current user only if he is connected. Microsoft thought about the UAC with the last option "Run with highest privileges" to use the unfiltered security token (ie with all groups and privileges) to run the task.

The "Do not store password" option uses Service-for-User (an extension of Kerberos RFC 1510) that does not allow the task to access a resource on the network. Also the user must have the privilege "Logon as batch job"

For the task to access resources on the network without necessarily being connected, the password must be saved. The problem is the management of this password. We sometimes see passwords unchanged for 5 years, which of course is not a good practice.

Windows Server 2008 R2 introduced the Managed Service Account, accounts that can be used for services and for which Windows manages to manage the password. Windows Server 2012 extended this notion with the Group Managed Service Account, which is not limited to Windows services. The procedure to create and use this type of account for a scheduled task is shown here: http://blogs.technet.com/b/askpfeplat/archive/2012/12/17/windows-server-2012-group-managed-Service-accounts.aspx

SQL Server also provides a task scheduler with similar functionality except that the task runs under the service account of the SQL Server Agent. Its purpose is mainly to interact with the SQL server but it is possible to launch a command or a PowerShell script. 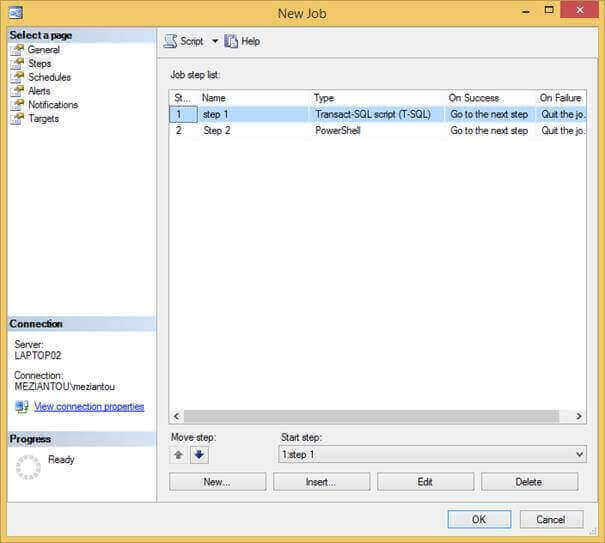 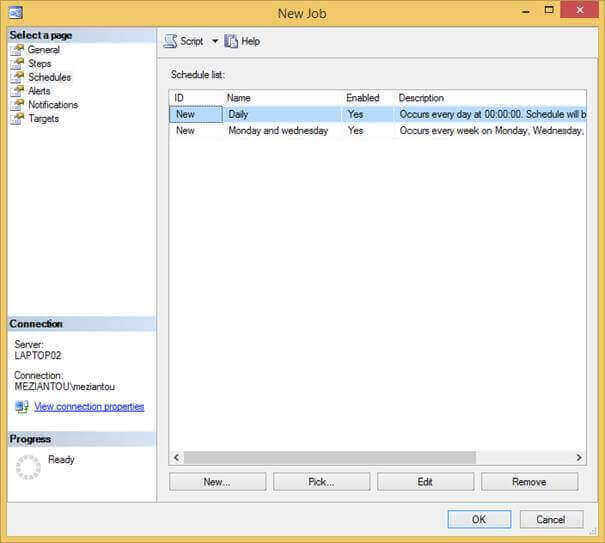 Quartz.net is the port of Quartz, Java library, in .NET. This library provides many options to always achieve its ends.

Here is a small example:

A solution that I find rather fun is based on the expiration of an element in the ASP.NET cache:

This solution is very limited in terms of functionality and is not very accurate. Moreover, launching a task in the same process as the website is a bad idea. Nothing tells us when recycling the app pool will take place (maybe in the middle of the task 😦)

There are several ways to start a task regularly. I opt for the first 2 because they were designed to handle a maximum of cases and are easy to configure.